My wife, Marie-May Gousse, a pharmacist and I, both University of Miami Hospital and Clinics employees, traveled to Haiti to be part of the medical relief efforts.

We joined the UM/Medishare group and left for Haiti on Saturday, January 16th, 2010 to return on Wednesday, January 20th, 2010. We both left with the hope that we could be useful to our injured brothers and sisters suffering in Haiti. We traveled via Opa Locka Executive Airport on a 12-passenger jet. It is my understanding that the jet service was donated by a benefactor of Dr. Barth Green’s foundation.  Dr. Herold Merisier (President of AMHE – South Florida) and Dr. Michel Dodard also helped coordinate our trip.

Upon our arrival at the international airport of Haiti, we were greeted by UM/Medisahre staff and driven via a pickup truck to the UM/Medishare camp. As previously described by others, the camp consisted of two large tents previously used for UN military operations. The tent closest to the airport housed only patients and the other housed both patients and staff. Medical staff slept in sleeping bags on the floor or behind the tent on chairs/boxes etc.

We worked at the UM camp near the airport from Saturday, January 16th to Monday, January 18th (mid-day).  I performed the following tasks:

1.     I was the only Urologist in the unit and answered to all consultations.

5.     Two patients with scrotal lacerations were debrided and treated.

6.     I assisted with dressing changes of the post-amputation patients.

7.     I helped with fluid management of the patients – although intake and output was not initially being recorded-the clinician had to rely on the account of visiting relatives. No vital signs were being recorded when I arrived.

8.     A few patients with rhabdomyolysis and poor urine output were identified (one transferred to Jackson via Air force aircrafts in the middle of the night).

Marie-May organized the pharmacy supplies. She labeled and classified the medications according to class and usage upon arrival. She also organized the dressing supplies.  After she was named responsible for the camp pharmacy by Dr. Ginzburg (UM chief of operation), she trained several nurses and a few Columbian physicians to help in the two pharmacy sites. This facilitated the distribution of medications and IV fluids.  She also initiated “pain medication round” with the nurses prior to dressing changes.

On Monday January 18th, 2010 (mid day), upon the recommendation of Dr. Reginald Peirera (UMHC physician) who was leaving the “Hospital De la Communaute Haitienne- HCH” in the area of Freres, where he had worked for a few days, we left the UM/Medishare camp to work at HCH. Dr Peirera had indicated that our help would be much more valuable at HCH, since the hospital was significantly lacking physicians with trauma and ICU training. By Monday, January 18th, many more physicians and nurses had arrived to the UM camp.

A staff member from the HCH hospital came to pick us up via a pickup truck. I brought with me to HCH the only UM pharmacist who had traveled, 3 American-trained nurses of Haitian descent, 2 paramedics from Australia, and 2 nurses from Switzerland. Upon arrival at HCH, I was made responsible of pre-operative assessment (30-40 patients) and post-operative/ICU care of 65 patients. I also had the opportunity to convert two storage rooms into functional operating rooms by finding old anesthesia equipment and operating room tables, etc. This allowed HCH to have 4 functional ORs by the time I left. We had 2 or 3 teams of American trained orthopedic surgeons and anesthesiologists performing most of the ortho procedures. I started 3 wound care teams led by nurses and assistants to change the dressings of all the patients on a regular basis.

Marie-May started a Main Pharmacy Supply center on the second floor of the hospital which supplied the newly created satellite pharmacy close to the ICU and pre-op area. She had a squad of Haitian volunteer “runners” who brought supplies, medications, and dressings from the main pharmacy to the satellite. She secured in a locked box and helped deliver all the narcotic pain medications. We were unhappy to find out that Narcan was not available. Blood transfusion was not readily available in the Hospital. A rather large shipment of medications from Japan was marked only in Japanese (with only one small piece of paper in the shipment box written in English). The generic name of the Japanese medications had to be written in the bottles in English. Patients self-administered medication bags were instituted to account for the deficiency in nursing staff. Discharge patients were given similar bags containing oral antibiotics and pain medications. Finally, we started instituting physical therapy and evaluation for DVT in our patient population.

On Wednesday, January 20th around 6 AM, after we worked all night, we were awakened by a 6.1 Earthquake after shock.  By the time we ran back to the Hospital, virtually all the patients self-evacuated the premises from fear of being injured again. Relatives carried patients while still on their hospital beds to the front streets where another 100 or so patients were housed under makeshift tents with IVs in their arms and Foley bags in place, cribs parked on lawns, etc.  When I went back to the hospital, the rooms were empty. I could not believe that it took less than 30 minutes to evacuate so many amputated patients. One patient could not be moved because he had a heavy leg traction. He was left in the front yard with his relative.

On Wednesday, January 20th in the afternoon, we went back to the UM site to help. When we returned to the UM site, we noticed that medical delivery was much better organized. Rounds were being made on a regular basis by team leaders and all patients had a red label around their wrist with some pertinent medical information and proper identification. The UM team was also moving to their new camp where Mr. Alonso Mourning and Mr.  Miller donated a few inflatable tents. The UM-Hospital in Haiti will be situated closer to the airport within the UN compound.

1- I am grateful for the opportunity to serve my countrymen. I thank all who made it possible.

2- Larger aircrafts would have accelerated the delivery of medical staff and supplies to Haiti during the first critical days.

4- More supplies and anesthetic medications to proceed with orthopedic operative cases could have been brought in earlier at the UM camp.

5- A better level of organization could have been achieved by day 3 (post earthquake) at the UM camp.

6- The UM/Medishare  team needs to be congratulated for being one of the first teams to arrive  in Haiti (the next day) to treat a large number of critically injured patients.

7-With the arrival of the US Navy Hospital Ship present in Haiti, fully equipped with the capacity to operate on a large number of patients and treat even more will change patient care dynamic.

1-Medical staff willing to travel should be up to date on their vaccinations.

2- Be patient and persistent if you want to travel and help.

3- Try to find out about the details of a treatment site before you travel (if possible).

4-Follow-up care ( antibiotics, wound care etc)  of the surgical patients will be imperative to prevent complications and possible mortality. Accessible outpatient clinics will need to be set up.

5-AMHE should take the lead in developing treatment sites and logistics for his members and other Haitian physicians willing to help. Perhaps, the Haitian government and other NGOs can assist us.

The Association of Haitian Physicians Abroad was founded in August 1972, by a group of Haitian physicians determined to mark their presence as a growing ethnic entity in America, to foster professional alliances, and to promote the health and interest of the Haitian immigrant community at large. The first general assembly, which took place in New York’s Harlem Hospital on November 12, 1972, brought together sixty-four physicians with a common agenda. Their objectives, subsequently sanctioned in the Article of Incorporation and bylaws… READ MORE >> 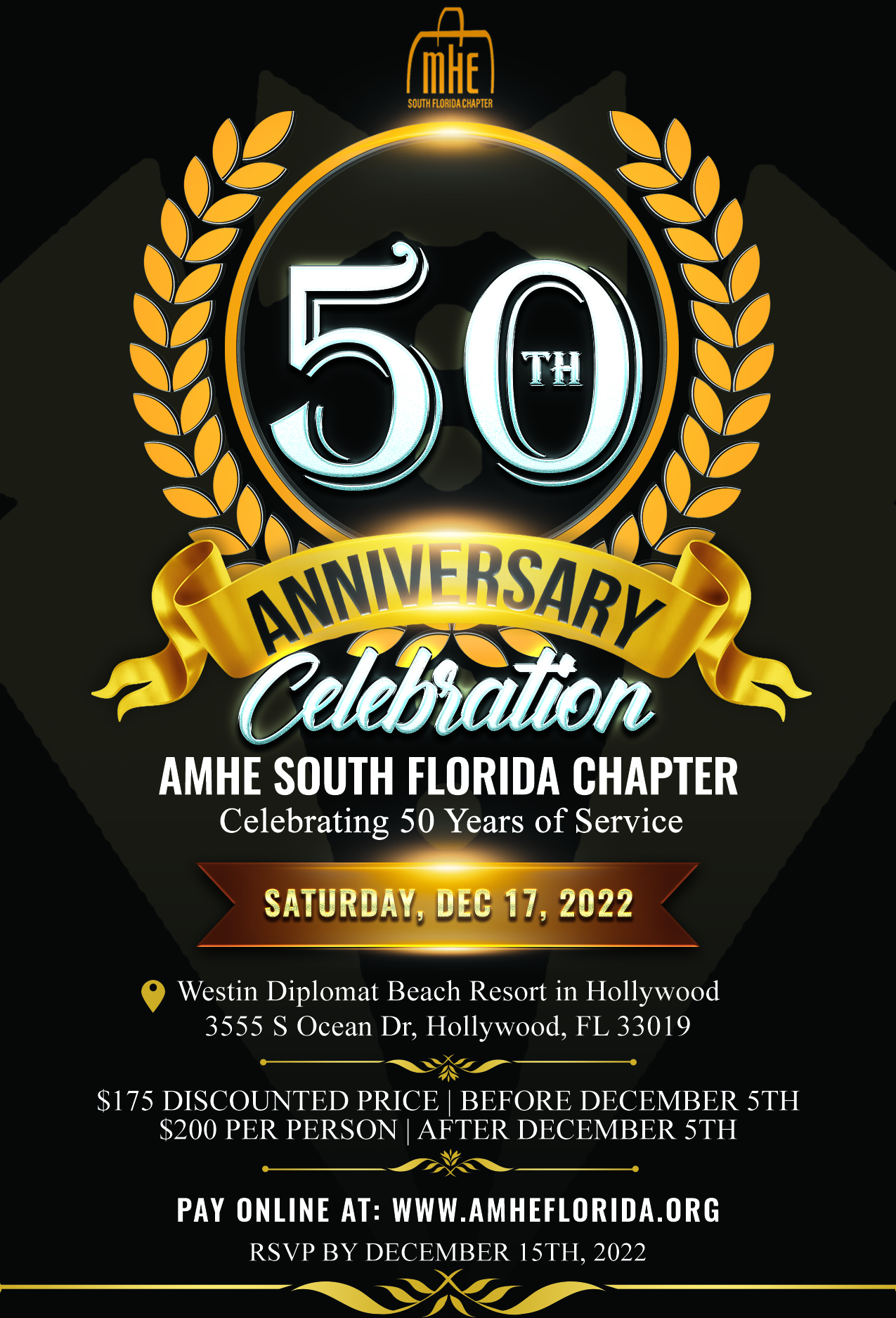